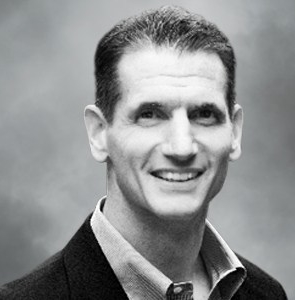 Chip Poncy is the President and Co-Founder of the Financial Integrity Network (FIN) and a Senior Advisor for the Foundation for Defense of Democracies’ Center on Sanctions and Illicit Finance (CSIF).  FIN is a strategic and technical advisory firm exclusively dedicated to assisting its clients around the world achieve and maintain the financial integrity needed to succeed in today’s global economic and security environment.  CSIF is a Washington, DC-based think tank that provides leading subject matter expertise in areas of illicit finance, financial power, and economic pressure to the global policy community.

From 2002-2013, Mr. Poncy served as the inaugural Director of the Office of Strategic Policy for Terrorist Financing and Financial Crimes (OSP) and a Senior Advisor at the U.S. Department of the Treasury. As the Director of OSP from 2006-2013, Mr. Poncy led an office of strategic policy advisors in creating policies and initiatives to combat the full spectrum of illicit finance, including money laundering, terrorist financing, WMD proliferation financing, and kleptocracy flows. As a Senior Advisor from 2002-2006, Mr. Poncy assisted Treasury leadership in developing the U.S. Government’s post-9/11 strategy to combat terrorist financing. He also assisted senior leadership in creating and developing the Office of Terrorism and Financial Intelligence in the post-9/11 government reorganization.

Mr. Poncy led the U.S. delegation to the Financial Action Task Force (FATF) from 2010-2013, co-chaired the policy working group of the FATF from 2007-2013, and managed U.S. participation on various G7, G8 and G20 illicit finance experts groups from 2008-2013. Key accomplishments in these roles included assisting in the revision and adoption of the FATF’s global standards and assessment processes for future jurisdictional reviews under the FATF global network, and facilitating the integration of counter-illicit finance into the broader global financial reform agenda since 2008.

Prior to launching FIN, Mr. Poncy served as the interim Head of Financial Crimes Compliance for Mexico and the Latin American region for one of the world’s largest banks, assisting in the development and implementation of an enterprise-wide financial crimes compliance program adherent to global standards.

Mr. Poncy began his career as an associate in the New York offices of the law firm White & Case and has served as general counsel to biotechnology and internet radio companies. He has co-pioneered a graduate course on national security and the international financial system as an adjunct associate professor at Georgetown University’s Edmund A. Walsh School of Foreign Service. Mr. Poncy graduated with honors from Harvard University (Bachelor of Arts in Government) and The Johns Hopkins School of Advanced International Studies (Masters of Arts in International Relations) and holds a Juris Doctor from the Georgetown University Law Center.