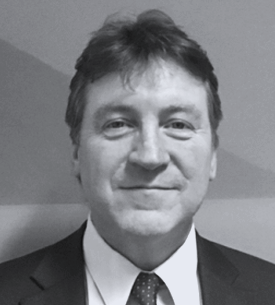 Gaon is the Global Anti-Bribery & Corruption Policy and Education Lead for HSBC Bank. He currently advises on all aspects of the bribery & corruption Legal & Regulatory environment in over 70 countries, Global policy development and the global education strategy, focussing on compliance with the UK Bribery Act, the US Foreign Corrupt Practices Act and the Hong Kong Prevention of Bribery Ordinance, amongst other key International legislative requirements.

Gaon was formerly a Senior Crown Advocate for the Special Crime and Counter Terrorism Division of the Crown Prosecution Service (CPS). He has obtained both barrister and solicitor rights in the UK, enabling him to hold adversarial rights in all levels of criminal courts as well as being experienced in leading investigations and case progression. He was the CPS’s lead specialist prosecutor in bribery & public corruption and, due to his advisory role, was asked to undertake the first prosecution under the UK Bribery Act. He also provided training to the UK police forces in the Bribery Act.

As a specialist in white collar crime and corporate offending, Gaon has also reviewed and prosecuted cases relating to e-crime, International misconduct, Misconduct in Public Office, Corporate Manslaughter, Corporate fraud and various aligned offences (including Health and Safety). He is also experienced in prosecuting general complex and serious offending and has proven capabilities gained from investigating and conducting some of the highest profile prosecutions in the UK.

As the first lawyer working on developing the Fraud Prosecution Group and the Prosecution Team Leader he has also worked with the UK Government on fraud projects and was the lead project Lawyer, acting directly for two Attorney Generals, on the Plea Negotiations Guidelines in Serious and Complex Fraud Cases (the forerunner of DPA arrangements), while also working to develop the UK’s current counter-Fraud architecture during the 2007 Fraud Review.

Prior to working as a prosecutor, Gaon was the Associate Director of a post-graduate University Law Department (London Guildhall University) and a Principal Lecturer.